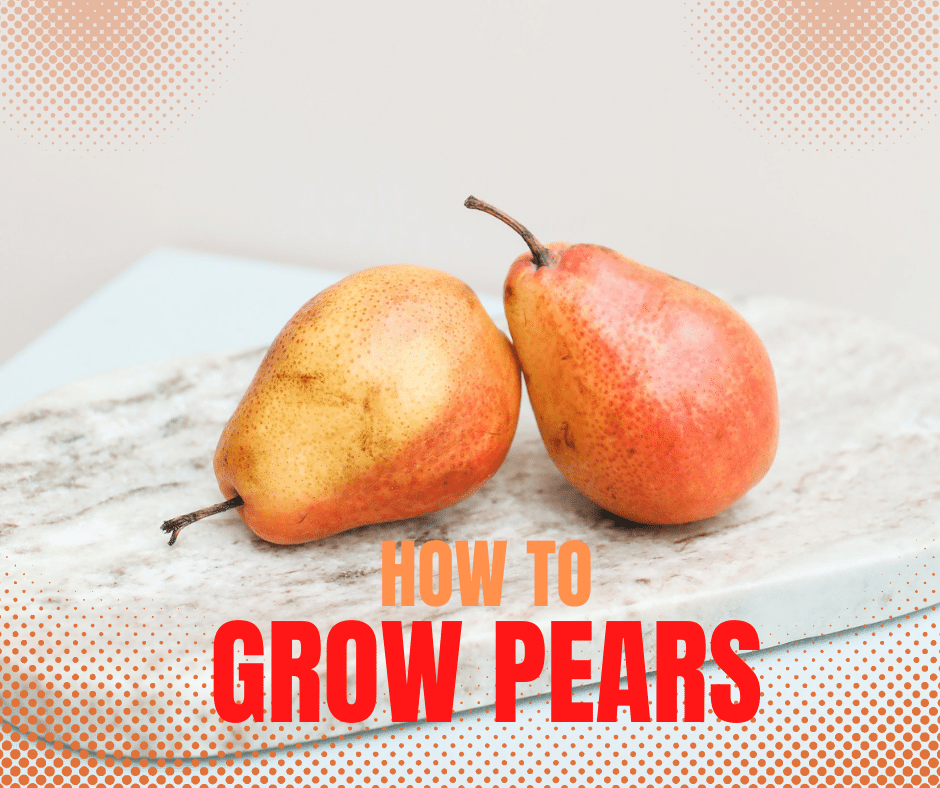 Pear trees are wonderful plants for your yard, they are sturdy and dependable trees that can bear fruit for over 75 years! Learn about how to grow pears and how to have bountiful pear harvests for the rest of your life.

Some Things About Growing Pears

**Pears are upright trees that reach about 25 feet high. Dwarf pear trees can be grown successfully as well.

**Asian pears (like this one) are crisp, and have texture similar to apples. They are self-fertile as well (unique for pears).

**There are some negative things to consider for growing pears: (1) Pears have a brief, early bloom that can result in the flowers being killed in cold areas and can lead to inadequate pollination; (2) Pears do not have fragrant flowers so bees often pass them by; (3) Pears are not self-fertile but will cross-pollinate with other varieties; and  (4) They do badly in very warm zones because they need a winter chilling to break dormancy. 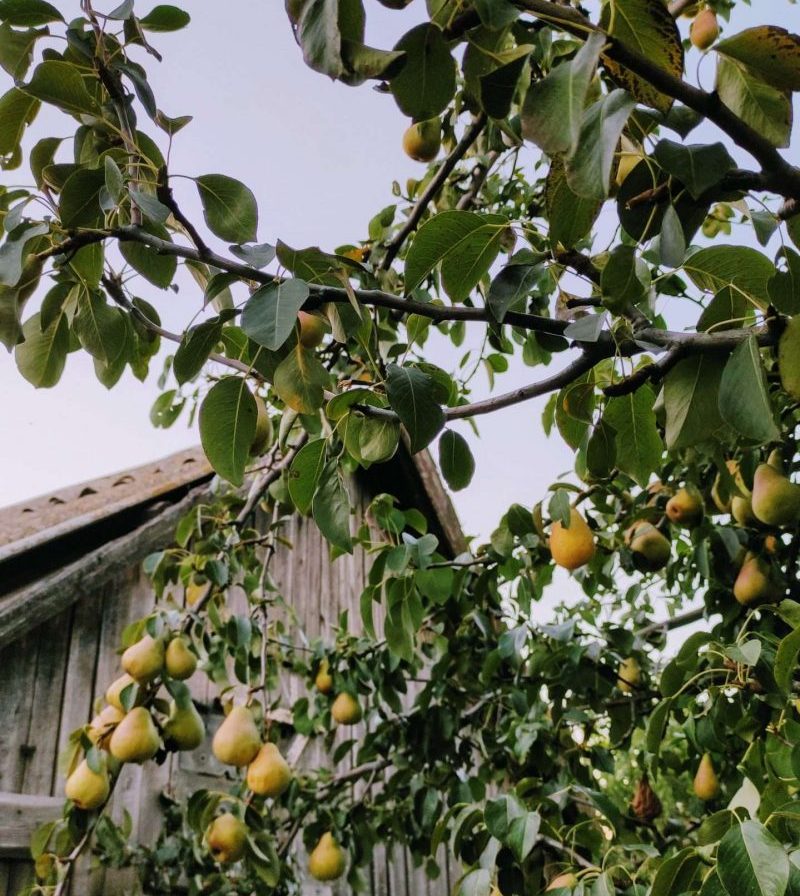 Where to Grow Pear Trees:

**Plant pear trees in a sunny spot except in climates where the sun is very strong. Protect them from winds that are cold or salt-laden. In cold climates, plant them on a northern or eastern slope to forestall early bloom.

**It is very important to give pears good air circulation to ward off disease. Plant standard-sized pear trees 20-25 feet apart and dwarf ones 12-15 feet apart.

**Pears are deep-rooted and need a deep soil. They will do better in a heavy soil than a light one because they need plenty of soil moisture. Pears growing in dry soil will bear their pretty flowers and then drop unripe fruit on the ground. On the other hand, pears in too-rich soil will make them more susceptible to disease and may rapidly grow and then split the bark. The best pH is about 6.5, but a wide range is tolerated.

**Plant while dormant in autumn in warm areas, otherwise, plant in early spring. (Here’s a list of more plants you can plant in the fall).

**Buy 1 year old Pear Tree whips and cut them back to 3-3.5 feet. Set them out at the same height at which they grew in the nursery, but with dwarf varieties make sure the graft is about 2 inches above the soil so that the tree does not root above the graft. When you are about to plant, dig in organic matter such as peat and perhaps some bone meal, but no nitrogenous fertilizer. 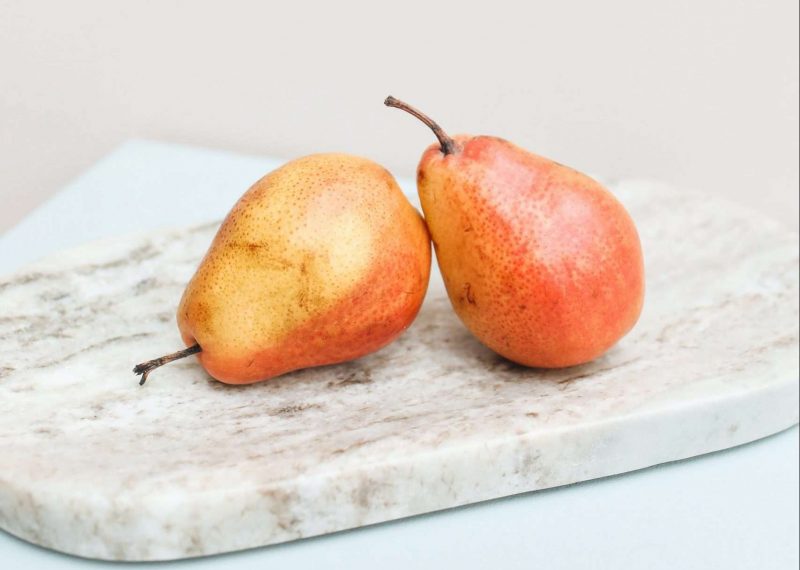 **As the Pear tree is growing, you can top-dress it lightly with compost or whatever it takes to keep leaf color a healthy green and the tree productive, but you may not need to feed it at all. It is more important to make sure the pear tree has plenty of moisture, especially at blossom time and when the fruit is ripening.  A heavy mulch not only will conserve moisture but also may help to forestall too-early flowering. You may also grow grass around the tree to defer flowering and restrain growth.

**Pear trees are pruned lightly to avoid producing vigorous new growth that will be susceptible to disease. They bear for many years on long-lived spurs. It is, however, a good idea to keep the top pruned low while the tree is young so it will not grow too tall to pick. Cutting it back later is harder to do and will invite disease.

**Thinning will benefit the pear tree and the crop, though pears are notorious self-thinners, often dropping half their crop in early or mid summer.

**The biggest pear plague is fire blight, a bacterial disease that blackens the leaves and twigs so they look burned. It is best prevented by growing resistant varieties and by giving the trees good air circulation and light pruning. If your tree gets this blight, prune out the affect shoots at least several inches below the damage and sterilize your clippers in a chlorine solution between cuts and destroy the debris by burning it. 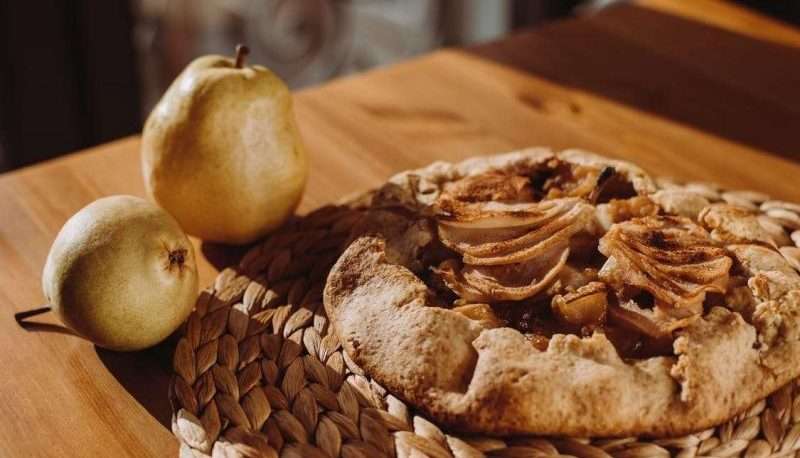 **Pears are best picked before maturity. Left to ripen on the tree, they become grainy and can go very quickly from ripe to rotten. Pick when the skins are light green, when the seeds inside are brown (check one pear this way), and when the pears can be severed from the branch easily with an upward twisting motion.

**If possible, store pears in a dry room where the temperature is just above freezing. They will keep this way for several months. Then bring them into a warmer room when you want them to ripen.

**Handle them carefully at all stages because they are easily nicked and bruised.

**Standard trees bear a good crop in about 6 years, dwarfs in 3-4 years. Expect up to 5 bushels of pears per standard tree and 1-2 bushels per dwarf tree.

So there ya go. It’s not too hard to learn how to grow pear trees.

Will you be growing pear trees in your future orchard? If so, which varieties are you most looking forward to? 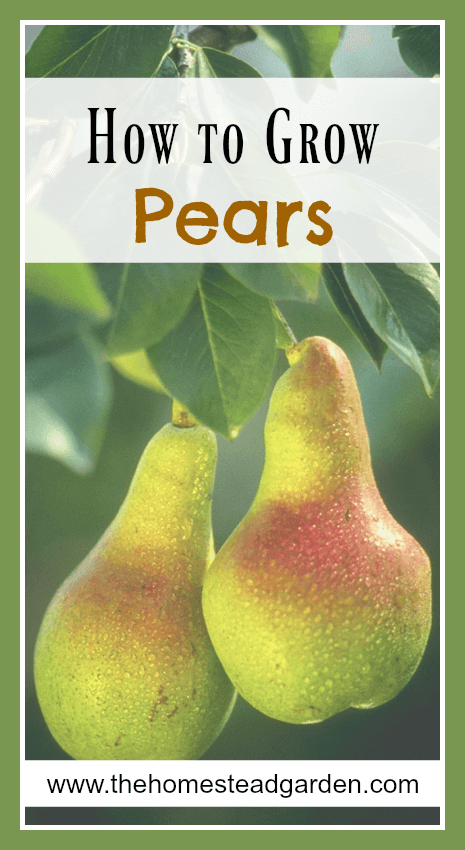 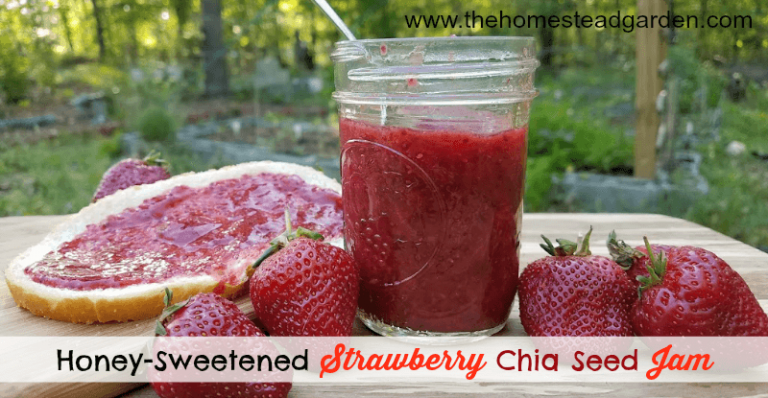 This honey-sweetened strawberry chia seed jam recipe is an incredibly delicious alternative to normal strawberry jam, especially if you aren’t interested in the time-consuming process of water-canning, or if you are out of pectin, or you want to avoid lots of sugar.  I am a planner person (ahem: garden evidence). I am super organized and…

This is a continuation of my Spice Series. Welcome to my information on Black Peppercorns!   **In ancient times, black pepper was considered the “King of Spices” and it was more valuable than gold. One’s social standing was even measured by how much black pepper was owned by the household. **One of the reasons it… 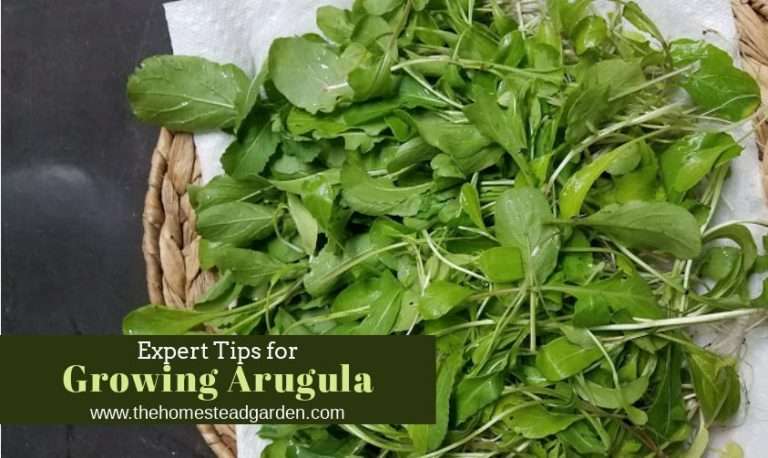 Need some expert tips for how to grow arugula (aka Rocket)? Arugula is my favorite salad green, and I’ve been growing it successfully for over a decade now. Below are my top tips on growing arugula, so you can have a happy harvest of the BEST salad greens almost all year long. Why I’m an… 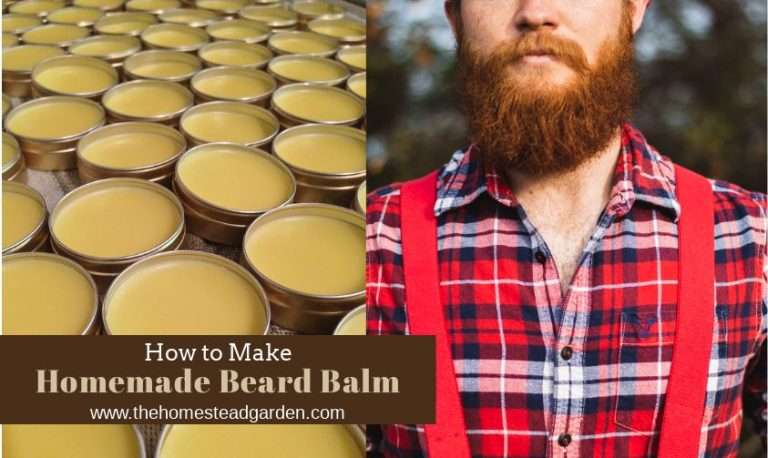 Currently, beards are pretty trendy. Also, with “No-Shave November” and Christmas coming up, a homemade beard balm is a great gift idea for the bearded folks in your life. Learn how to make beard balm and check out the list of essential oils you can add to the beard balm for a great scent. Why… 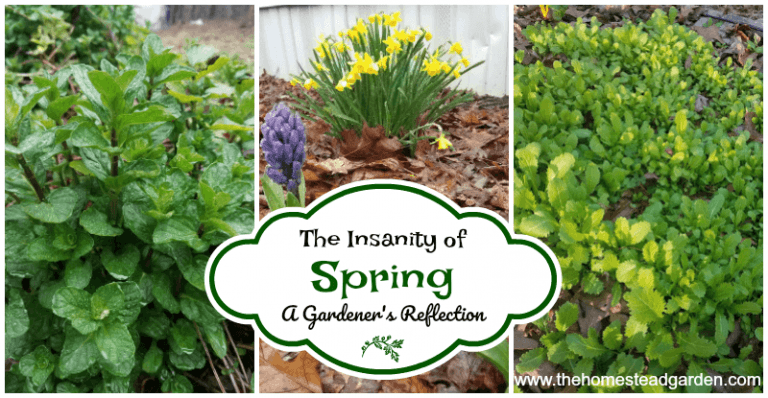 This is the first article for my new Gardener Reflections series. I’m reflecting today on the chaos and insanity of spring when it comes to gardening, as well as how I am (trying) to keep up on the garden chores and what sparks joy for me right now in nature. I’m hoping to occassionally get…