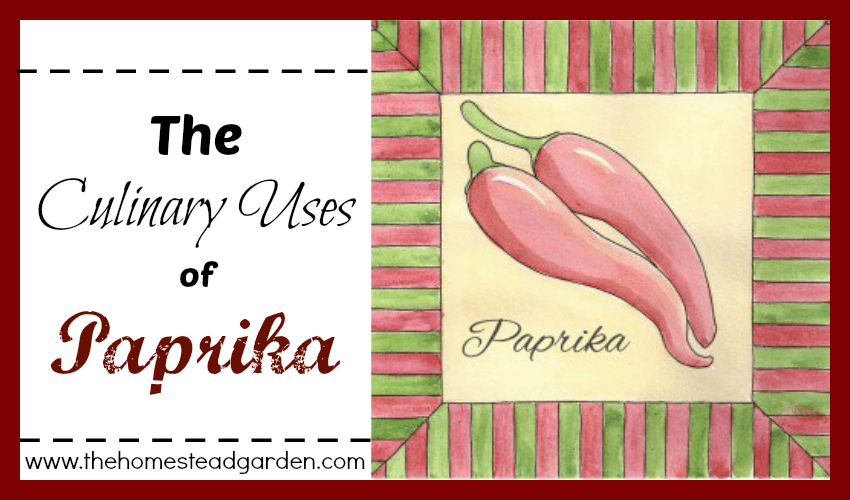 This is a continuation of my Spice Series. Welcome to my information on the Culinary Uses of Paprika! 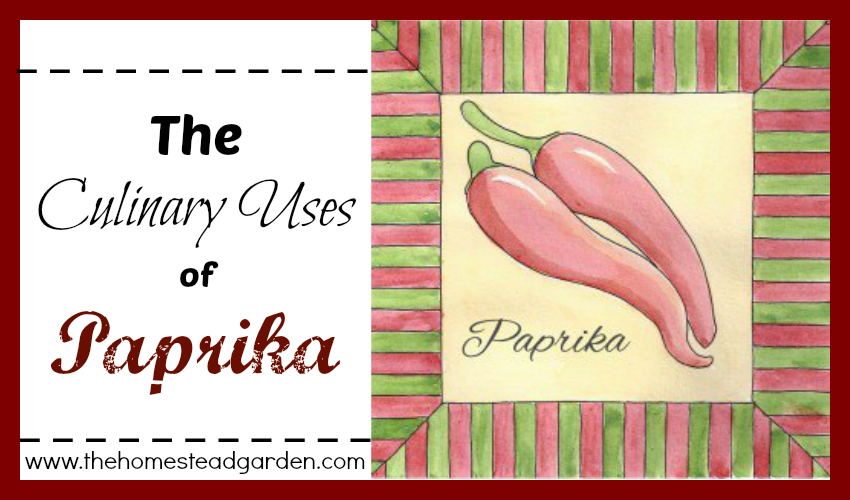 The Culinary Uses of Paprika

**Paprika is my favorite spice, so this is an extra special entry for me. I love how paprika has a range of tastes from sweet to smoky to spicy to savory, all of which depends on how it was dried and prepared.

**One of the reasons that paprika’s flavor can vary is because technically, any member of the ‘Capsicum annuum’ (pepper family) can be dried and ground into paprika (especially red peppers). Cayenne pepper is usually the name for spicy ground ‘Capsicum annuum’ while Paprika is the name for the other flavors. However, there are also official pepper plants that are most often used for paprika including: Alma Paprika, Hungarian Paprika, Dulce Rojo, Fehor Ozon, and Paprika Supreme.

**Paprika is an important spice when used alone in recipes and it has also become one of the most consumed spice products in the world because of its’ importance in spice blends, including rubs, marinades, and seasoned salts. It is also popular because of the bright red coloring it can produce in foods and other products.

This post is only about the Culinary Uses of Paprika.

The Culinary Uses of Paprika 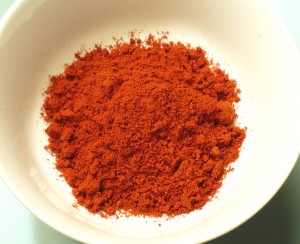 **A bit of history first: apparently, Christopher Columbus is credited for introducing ‘Capsicum annuum’ plants to Europe. At first, wealthy people grew this plant for ornamental purposes, and gradually they became convinced of the culinary value of the pepper plants.

**By the 1500s, the pepper plants had made their way into the hearts of the Hungarians, and they became well-known producers of sweet paprika. We will get more to the Hungarians and their paprika-loving ways in a minute.

**It was not until the 1900s that paprika began to be really used in American kitchens. It seems like Americans are still trying to figure out how to use the stuff too. Currently, the major producers of paprika include: Spain, South America, the regions around the Mediterranean, India, and, of course, Hungary.

How do Different Parts of the World Use Paprika?*

**Since the United States was introduced to the culinary uses of paprika later than most other world regions, the U.S. uses paprika in very basic ways. It can be found in bbq sauces (like this one), ketchup, seasoning rubs for meat (like this one), and as a garnish for deviled eggs (like this one) and potato salad.

**In Mexico, their cuisine uses plenty of paprika. They prefer a smoky paprika, and they usually roast their paprika peppers before using it in their foods. It is not only used a seasoning rub for meat, but also in their salsas, sauces, as a filling option for dishes like ‘chile relleno’, and they often fry it in oil and make a brown paste to use for cooking food.

**In Thailand, paprika can be found in many curry pastes and condiments and is also used to season popular Thai dishes, including ‘Pad Thai‘.

**In Africa, especially northern Africa, paprika is often used in meat dishes (like meatballs) and vegetable dishes (like spiced carrots). Ethiopians use paprika in a spice paste called ‘berbere’. In Tunisia, paprika is used in couscous dishes as on marinated chicken served during the holy month of Ramadan.

**In Spain, paprika is known as pimento, and it is dried through smoking it to give it a distinctive Spanish flavor. It is a main ingredient in their Spanish sausages (like chorizo) as well as in their seafood dishes, including ‘pulpo a la gallega’. They put it in their rice dishes (like paella), soups, stews, pork dishes, and sauces.

**Finally, we get to Hungary. No one else in the world is as passionate about paprika like the Hungarians. Paprika is the national spice of Hungary. It is often fried in fat before using it in their cooking. It is used in Hungarian dishes including cheeses, eggs, fish, pastas, sweet pastries, and meat seasonings. Last but not least, Hungary’s national dish, ‘goulash’ is made with paprika. Large amounts of paprika is used in the goulash (like this one)to give the thick and spicy soup a brilliant red color as well as its’ smoky flavor. The paprika is also the thickener in this meal, as it is first fried in pig’s lard before being added to the meal.

How to Cook with Paprika: 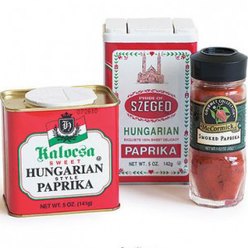 **After reading about the several different ways that different world regions use Paprika, it is clear that paprika goes well with just about any type of savory food, including: eggs, red meat, poultry, fish, shellfish, stew/soups, vegetables, rices, and creamy sauces. My personal favorite way to use paprika is in cheese-based and/or cream-based soups (like this one).

**Do not forget that paprika, since it can come from a variety of peppers, can vary in taste. You will find, for example, that most Hungarian paprika is mild, smoky, and sweet. Meanwhile, most Spanish paprika is spicier and smoky. In America, it is often specified if the paprika is “smoky”; if it does not say “smoky paprika”, chances are you have a very, very mild and more earthy-tasting paprika in your jar.

**It is important to note that heat often diminishes the color and flavor of paprika, so it is usually best to add paprika toward the end of the cooking process.

Where to Find and Store Paprika

**Unless you grow your own paprika and then dry them, it is very difficult (sadly) to find whole dried paprika peppers in farmers markets or local grocery stores (at least this is the case in America).

**As usual with most spices, once ground, paprika starts to lose its’ flavor, color, and medicinal benefits. You should use it within 6 months after opening a new jar (this is NEVER a problem for me, as I use it so often, but it might be a problem with some).

**When buying paprika, look for a evenly ground and evenly colored jar of the spice. The general rule is that the redder the color, the milder and sweeter the taste. If it is more yellow than red, it is a stronger flavor.

**Try not to leave paprika in a clear container, because it is very sensitive to light and will lose potency quicker that way. Instead, put in a dark container and place in a cool, dark place. You can even store it in the refrigerator.

Do YOU use Paprika often in your meals?

**If you use paprika in your meals, which recipes do you use it in? Please feel free to share in the comment section below.

**Are there any recipes in this post that you have never tried before and are now eager to make? Which ones?

**Do you have suggestions for paprika-heavy recipes that I should make and/or promote?

*Some of this information came from the following website: http://www.naturalstandard.com/news/news201102054.asp

*The beautiful Paprika pepper art for my pictures comes from the amazingly talented artist Christy Beckwith. It would look so cute hanging up in your kitchen! Learn how to buy this paprika illustration and other awesome artwork here. 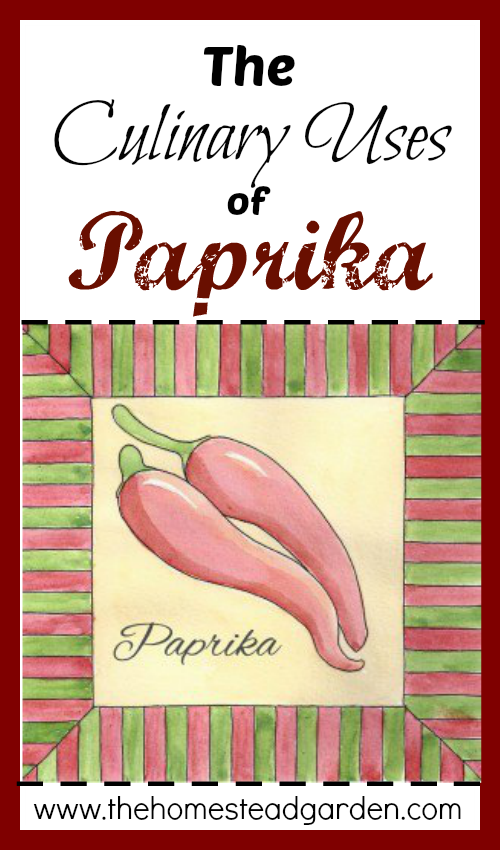 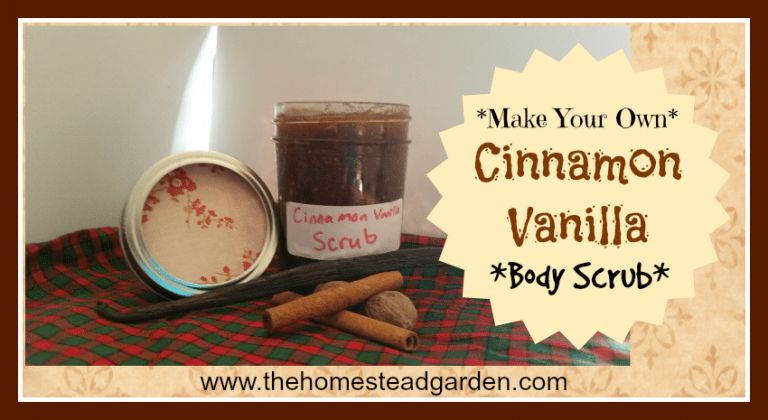 Make Your Own Cinnamon Vanilla Body Scrub As promised (here), I have a recipe for a delightful body scrub that does NOT need essential oils. I  know how it goes: you scroll through countless DIY Beauty recipes and the darn things all use essential oils. You don’t own them (yet) and you want to make a… 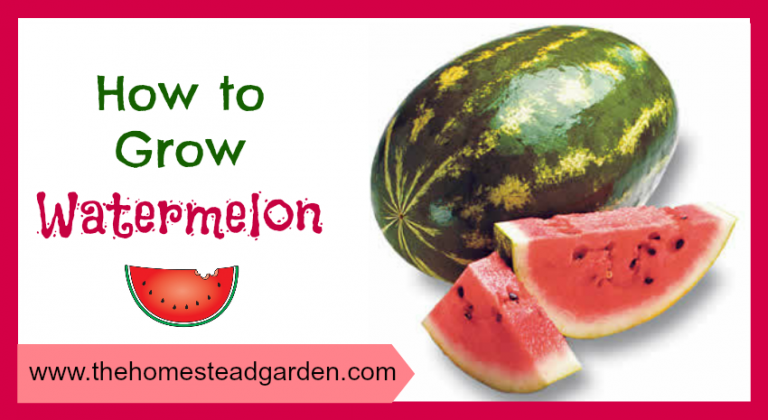 How to Grow Watermelon **Watermelons are surprisingly easy to grow as long as the plants have plenty of room to spread, good drainage, lots of sunlight, and a sufficiently long growing season. Gardeners in northern climates should choose early ripening varieties.  (This is where I get my seeds.  They have several varieties of watermelon…

How to Grow Brussels Sprouts  **Brussels Sprouts are the ultimate late-weather crop because their flavor is improved from a bit of frost. It is best, then, to plan it so that the plants are mature when the days are still warm but night frosts have just begun. You can pick Brussels sprouts throughout the fall…

The Spice Series: Cinnamon   Welcome to my Spice Series! This is my information on Cinnamon. This is probably one of the most common and most popular spices in the world. If you ask around, it is difficult to find people who do not care for the taste of cinnamon. Cinnamon has been used for… 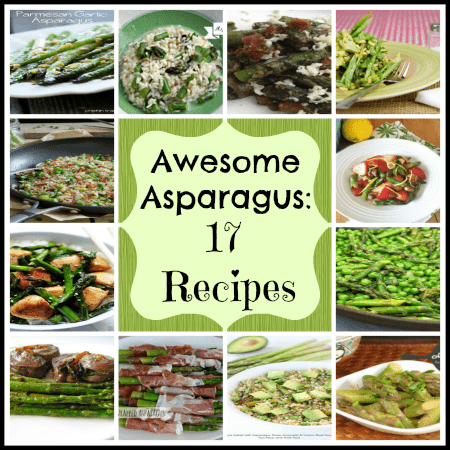 This is a list of at least 17 healthy asparagus recipes to inspire you in the kitchen during the spring season. Enjoy fresh and seasonal food like asparagus without it just being boring and plain.  Healthy Asparagus Recipes….the Food of Spring Depending on where you live, local asparagus is ready to buy and eat as…