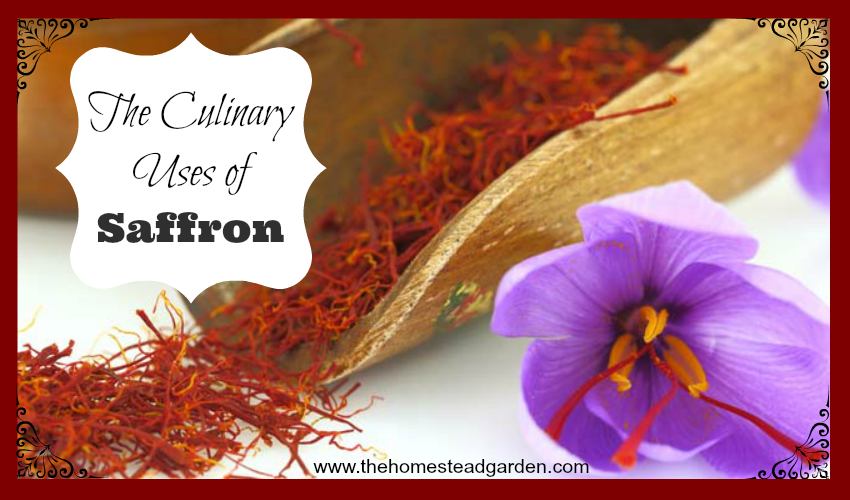 The Culinary Uses of Saffron

This is a continuation of my Spice Series. Let’s talk about the culinary uses of saffron:

Here’s some fun historical facts about Saffron (because I’m a history geek):

Saffron has been around since the beginning of civilization. The ancient Greeks, for example, used the spice to scent and purify their temples. The ancient Romans bathed in saffron water. Cleopatra supposedly used it as a facial mask. Throughout medieval times, saffron had great commercial importance in Europe, especially as a dye, with saffron-colored clothes becoming the garb of royalty and nobility. As a medieval historian, I can account for the fact that most medieval European cookbooks still in existence have saffron in almost all of their recipes (partially because the cookbooks that survived were used by royalty, who had to show off their wealth and power with the purchase and use of saffron). 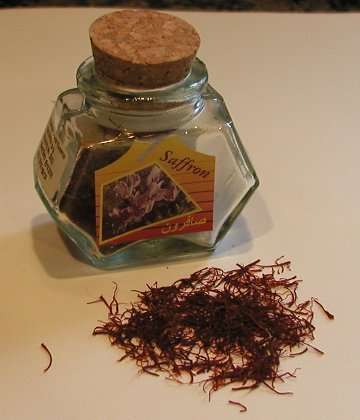 The Culinary Uses of Saffron:

**As a culinary spice, saffron is most popular in the regions where it is harvested. Spain and Portugal make great use of saffron, and you will find golden color in their fish and seafood broths. Spain’s national dish paella, a large collection of meats and seafood, gets its signature brilliant golden color from saffron.

**The Middle Easterners use saffron with cardamom to flavor coffees. Here’s a simple recipe for you to try.

**Scandinavians celebrate the feast of the patron saint Santa Lucia on December 13 by baking saffron bread called Lussekatter (Lucy’s kitten), which is traditionally served by a daughter in the household wearing a long white robe, carrying a candle, and wearing a crown of lingonberries. Here’s a Lussekatter recipe for you to try.

**The Pennsylvania Dutch—German immigrants who settled in eastern Pennsylvania—use saffron to color and flavor their famous potpie, which isn’t a pie at all but a chicken stew buried under large square noodles. The original settlers brought crocus and saffron with them from Germany and grow the spice from their own backyards.

How to Buy, Store, and Use Saffron:

**Generally, saffron is sold as 1/20 of an ounce—about a tablespoon—in a glass vial or small plastic case. Most of the saffron sold in the US is filament from La Mancha. Saffron is also sold ground, but unless you are absolutely certain that it is the real thing, you are better off buying the threads.

**A typical vial of saffron runs from $10 to $20 or more. If you see saffron any cheaper it’s likely an imposter (turmeric or safflower). There is only one sure way to tell if your saffron is the real thing: Saffron is soluble in water and starts to bleed its color almost instantly when put in a bowl of warm water.

**Saffron will keep in a dry, dark place for three years or even longer. It should not be stored in the refrigerator and does not take well to freezing.

**The taste of saffron varies depending on where it was grown and the amount of crocin it contains. The aroma is often likened to oaky wine, and the taste honey-like, with a bitter, lingering aftertaste. Once it meets water, its flavor intensifies, so only a pinch is needed in any dish serving four people.

**Saffron only works in liquids and must always be infused in warm water or milk before it is added to a recipe. It will bleed most of its color within the first 10 minutes, though infusing it for longer (even hours) is okay. Never infuse saffron in oil, as it will trap the volatile oils in the threads and they will not bleed.

Break or grind the threads in a mortar and pestle before adding them to liquid. The threads are easier to grind if you give them a quick, light toasting in a dry pan first.

Although it’s by far the most expensive spice on the globe, its cost shouldn’t really be daunting, as the potency of this miraculous herb makes it literally pennies per dish and you really only need a small pinch of the spice to make your meal. Most saffron is sold at retail in grams for less than $8, more than enough for several meals.

A word of caution is in order, however, because it is far too easy to go overboard with saffron. There can easily be too much added, especially if you consider that enough top-quality threads to coat a fingertip will, for example, flavor a gallon of stock. Resist the “more is better” temptation to avoid an overly dry, overly astringent flavor.

I love exploring the use of saffron in the kitchen, so I’ve compiled a list of yummy recipes to try:

Don’t forget to check out the rest of my Spice Series!

What is your Favorite Saffron Culinary Recipe?

Please add your favorite Saffron culinary recipes in the comments below! I love some new inspiration! 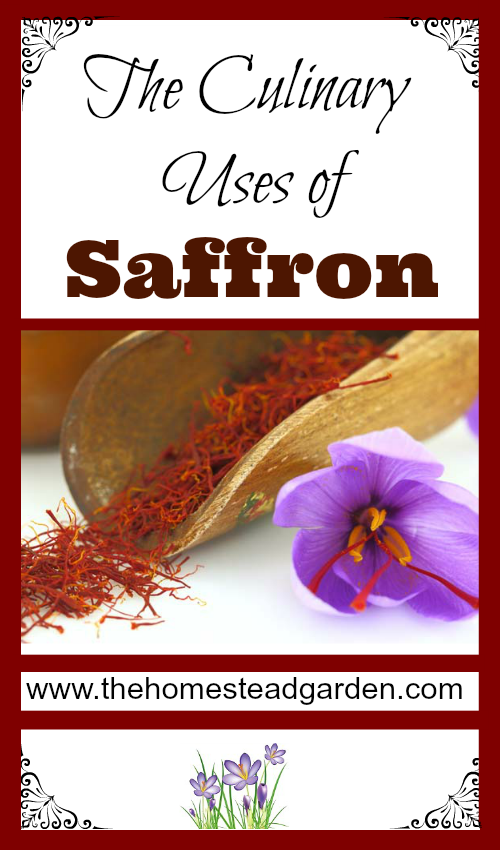 Finding Joy in the Garden in Summer

13+ Ways to Use Echinacea as a Natural Remedy

Where I Get My Seeds